How Pokémon Go Catches You & What Does It Mean For Big Data? 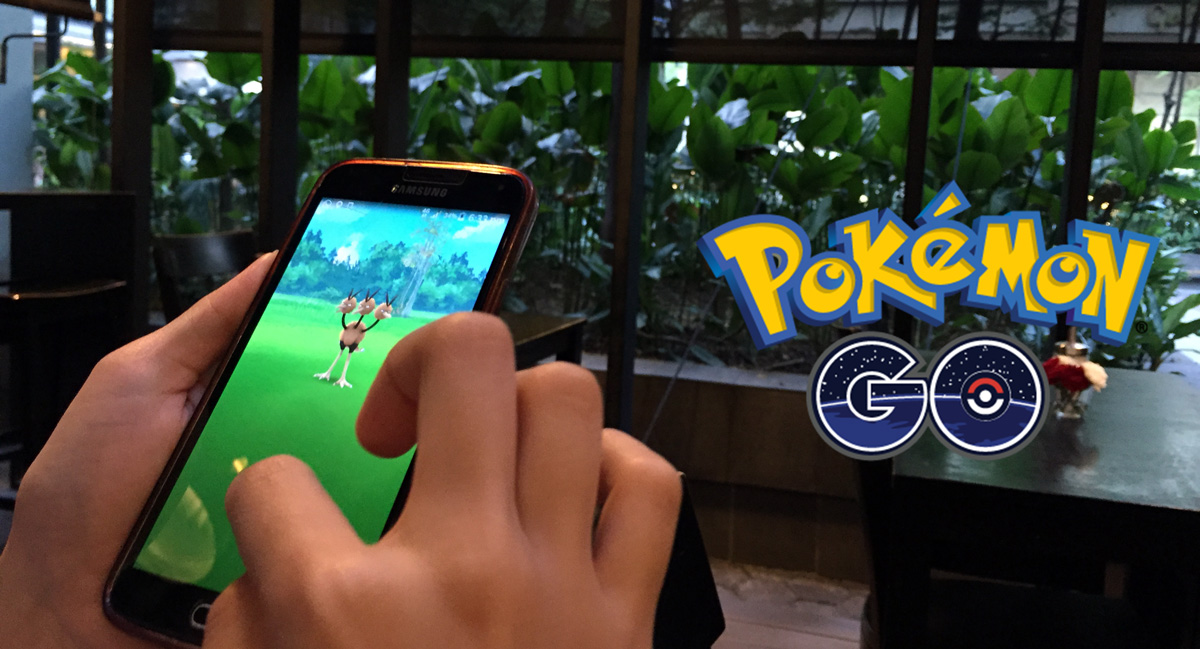 Pokémon GO gotta catch ‘em all or should it be rather called, Pokemon Go, a big data gamification project? The recent augmented reality mobile game has taken the world in one sweep.

[x_alert heading=”Article update – 6th August  2016″ type=”info”]3 days after this article was posted, Pokemon Go made its launch in Malaysia on August, 6th ! This is great news to those who have been anticipating it. Anyway, read on for what this all means for Big Data. [/x_alert]

Since its release a month ago, Pokémon GO has been dotting the world with its titular creatures around the globe. News surrounding the game never cease while some parts of the world, i.e. Malaysia, are still hoping for its release in the country.

It is currently live in 38 countries including the US, UK, Canada, New Zealand, Australia, Japan, Hong Kong and 31 countries in Europe. Early August, Malaysian Pokémon fans finally see a glimmer of hope when we got listed.

Will we soon be seeing Malaysians traipsing around with eyes glued to their smartphones at odd hours walking into odd nooks of the town, busy trying to catch a Mewtwo or Squirtle? If you are still wondering, Pokémon GO is a location-based augmented reality (AR) mobile game, developed by Niantic. Partnering with Nintendo, Niantic has embedded your much-loved childhood characters into our reality world using AR technology and data science. It’s, in fact, big data turned into a game.

The game uses your smartphone’s GPS, camera, clock, and local geographic data, the source of which John Hanke, the CEO and Founder of Niantic did not reveal, to protract a surreal version of the real world on your phone.

With the clock data from your phone and the real-time location tracking, which takes in even the climate, vegetation, and soil or rock type into account, the game can decide which, where and when a Pokémon appears.

Using the camera on your phone, it places an image of a Pokémon in your vicinity. The GPS, accelerometer, and compass enable the game to know which direction your phone is pointing toward.

When your smartphone vibrates, it indicates a Pokémon nearby. Just point your mobile to the right direction. Tap your screen to throw a Poké Ball to catch it. Poké Ball along with other items can be obtained from PokéStop.

The data to map the location of PokéStop and gyms are largely contributed by the users of Ingress, an augmented reality multiplayer game by Niantic in 2011. Out of 15 millions of locations submitted by Ingress players, 5 million were approved and became the portals in Pokémon GO.

Pokemon GO isn’t the first of its kind. You’ll find many near similar apps in the App store & Google Play Store, other than the game Ingress.

If you have not noticed already, big data is a huge core of the much successful game, Pokemon GO. Niantic Labs has great ties with Google and all the landmarks are gathered through crowdsourcing from Ingress players. Essentially, if you look at it from a wider perspective, you’re actually playing an Augmented Reality game on top of Google Maps.

If you’re familiar with the game, you’ll know Magikarp or other water Pokemon. These Pokemon can only be found near sea, river or streams. While this might seem like a coincidence, it’s not. Niantic Labs has made the game algorithm to show different types of Pokemon at different landmarks and habitats, based on geo-location data.

The opportunity for businesses with all the data mined from players Pokemon Go’s server crashing with too much data being used & processed.

The number of people around the world playing Pokemon Go (we are talking millions) crashed the servers in the early stages during the app launch. The amount of data being collected by Pokemon Go potentially opens up to lots of opportunities. With more data collected, game companies and businesses would understand players better and find a better way to push appealing products to players.

Where do players normally go, how often do they check their phone, and what are their habits and behavior? While you’re playing Pokemon Go, the game maker is actually mining your data and the data of millions of players, turning it into a huge asset for themselves. The monetization from the sale of Pokemon lures and advertising are only the beginning for Niantic, and the big payout from all their efforts actually lies in the amount of data they now own.

Think about the opportunity, for instance, telco companies to offer data packages to Pokemon GO players, knowing that the players need data to play the game. Imagine if telco companies would go into partnering with Niantic and to produce products/services based on the customer appeals, garnered from data mining & big data.

The sky is the limit from then on.

The importance of big data for you and businesses

Pokemon Go has just shown us the importance of big data and how it is taking over the world.

While many see it as merely a game, think about from the business point of view. You’ll begin to see more and more companies leveraging towards big data, using it as a leverage to grow their business. In a few years or maybe months, every business owner will look into leveraging on big data & data science, similar to how Niantic did for Pokemon Go. As an individual, it pays to learn the skills of the future, safeguarding your skillsets and demand.

Is My Personal Data at Risk of Being Stolen? Since I talked about Pokemon Go, the technology behind it and how it mines data from players, I thought I should also mention about safeguarding your personal data from being stolen.

Before Pokémon GO reached Malaysia, fans were already following the news. You might already hear news about how Pokémon GO is collecting your personal data. During account creation, users discovered the app erroneously requested full access permission for the user’s Google account.

Thinking that the app steals data, people have begun to panic. It also has kicked off a frenzy of blogs and articles discussing the matter. To one extreme, blogger Adam Reeve suggested Google might be reading your emails.

According to Niantic, despite the app requests for full access to your device, Pokemon Go only uses basic Google profile data. They have also begun working on the matter to correct the error of full access request.

I thought off ading the importance of securing your data as well, so here are few guidelines I’d like to pass, if you are planning on becoming a Pokemon master.

So when Pokémon GO is available in Malaysia, remember to check the access permission during your account creation.

As the security problem has been fixed, the latest app should no longer be a threat. For those already have the previous versions of the game app, which required extensive permission to your Google account, ensure your app is up to date.

However, you cannot expect your privacy to be secured while playing the game. Pokémon GO requires your GPS location and data connection for its game to work.

If you are still worried but would like to give Pokémon GO a try, you can always create an all new Google account. With nothing in it, you can use it to sign into Pokémon GO or any other apps you find suspicious.

As Pokemon Go buzz sweeps our world, some people are already running around to catch ‘em all while some anxiously anticipate its arrival in the country.

As much as you are excited about Pokemon Go or any other apps on the marketplace, for that matter, you should always be alert. Things like permissions, publishers, and sources are often overlooked.

As a data scientist, I can’t help but to constantly observe how the data mined with Pokemon Go would be used, whether to create great marketing and sales strategies to target its users or whether the data will be shared with other corporations, such as a telco company to create even more projects. There are many things you can learn from Pokemon Go for the future of big data. One of my hopes is that you see the rise of big data and see the importance to learn data science in Malaysia or beyond.

Anyway, for the rest, keep your fingers crossed for the release of Pokémon GO in Malaysia, and always stay alert about securing your data (of the app and while playing).

What are your views on the technology behind Pokemon Go? Are you curious to see what we can learn from Pokemon Go or are you someone who is just looking to play the game? Comment below.